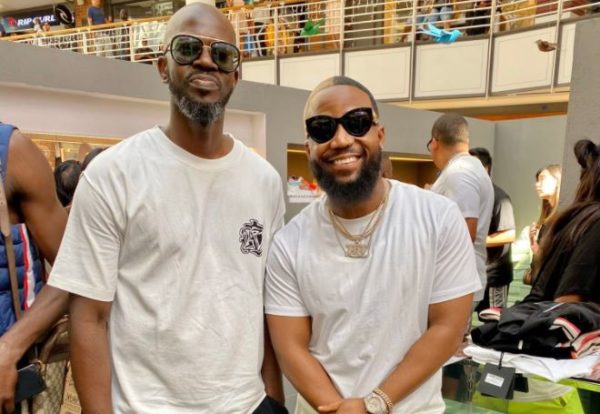 Black Coffee and Cassper Nyovest’s relationship is beginning to attract more attention on them. Aside reaching the bromance stage, the two are fond of hyping each other’s achievement publicly.

In August, after Mufasa dropped the BongiNkosi ft. Zola 7 single, the DJ validated the song by calling the rapper King. Few days ago, the father of one saw Black Coffee rocking a white shirt worth R7k, and he said, it’s his new goal to pursue, as he admires the DJ’s success. Without knowing what triggered the latest event, the international DJ shared a photo of himself and Cassper, and titled it, A King.